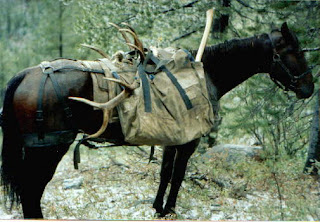 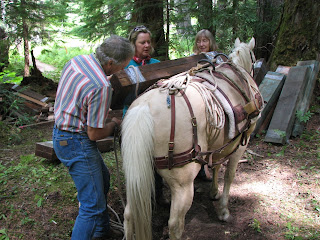 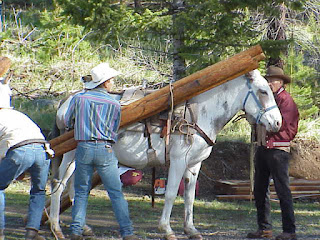 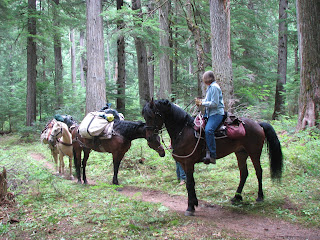 If you want to see how I use horses in fiction, try my Fate's Arrow series, beginning with The Mask of God.
Posted by Works of S. A. Bolich at 6:14 PM

Well said. I've never done much packing myself; the only horse camping I've done never required more than saddle bags on my riding horse. But I have heard many a tale from friends who hunt or do major camping, and my husband, who started out to cross the Olympics with a string of horses the year Mt St Helens blew...I do hope to try it myself some day, but I will definitely use expert help.

Riding the Olympics would be fun. Most of my wilderness riding has been in the Cascades, in the Pasayten, or in Montana. It would also be fun to ride the John Wayne Trail, but that's more like an extended day ride, I think. I don't know that you'd need to pack it if you organized well enough. If you have Netflix, you should check out the documentary "Unbranded," where some guys used mustangs to ride from Texas to Montana across the Rockies.